Your wedding band in France

Finding your perfect wedding band, whether in France or in the UK, can be quite a stressfull affair knowing how important the music is for your wedding party!

Our couples often worry that bands and DJs in France will not have the right repertoire for their British or international crowd. Well in fact, there are so many international events in the South of France and in Paris that good bands and DJs there will be totally up to date with international music. It is still worth letting them know the British classics that you would like to have just to be sure they are covered. There also are quite a few British weddings in the South West every year, so again there are a few good bands and DJs that are very used to British crowds.

There are also a few great British bands now installed in France, so if you would like to be 100% sure that the music will be similar to what you would have had in the UK it is possible too without having to fly your band from London!

This is for cover bands though… but one possibility that is most of the time overlooked is… a band. A band that you could see play in a good music bar, in a festival or an up and coming band, playing its own music. How different and exciting is that?! With DJ sets during the breaks and towards the end of the evening for the great classics and hits you love, this is a great way to have a one of a kind evening!

Planning your wedding in France from London

Working with some of the best wedding vendors in France 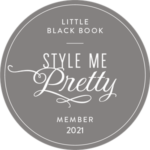